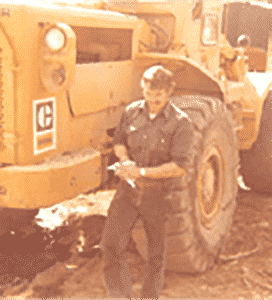 Wilson Bros. has established an experienced and diverse management team with expertise in forestry,
mining, and oil & gas projects.

Steve WilsonOwner & President
Steve has worked in the forest Industry for 25 years starting as an equipment operator, then a mechanic, and later a supervisor. In 2008, he became Wilson Bros. Enterprises’ Safety coordinator and lead Wilson Bros to becoming one of the first Safe Certified companies in BC. In 2011, he progressed to Manager, before purchasing the company in 2014.
Jamie GunnOperations Manager
Jamie is a forest technician with over 25 years of experience in the forest industry, 17 years working for major licensees both coastal and interior and 7 years working for logging contractors. Jamie’s experience includes operational planning, harvesting supervision, logging rate analysis & negotiation, log purchasing & sales, sawmill quality control and business improvement projects.
John ChristiansenTransportation Manager
John has nearly three decades of transportation experience. He started in the drivers seat and made the move to management more than 10 years ago. John brings his wealth of experience to bear managing a variety of off-highway and on-highway transportation solutions. From any configuration of log hauling to 10 axles+ of heavy haul low beds, John has the knowledge and skills to make sure it runs smoothly.
Peter Aman, CPA, CMADirector of Finance
With more than 17 years in finance and 9 years in senior roles, Peter brings a wealth of financial operations experience to the table. As a Chartered Professional Accountant for over a decade, Peter has been providing business partnership, guidance and expertise to an array of owners, managers and boards.

In 1973, LG Wilson & Sons, a partnership between Bill Wilson and his Father Lloyd, was incorporated as Wilson Bros. Enterprises Ltd. At 19 years old, Bill purchased a cable skidder and worked as an owner/operator in the Houston area for various contractors, as well as Northwood Pulp & Timber’s company show. Bill expanded to two, and then three skidders, and also purchased and sawed timber with his own sawmill in the off-seasons.

In 1976, Wilson Bros. entered into their first logging contract with Northwood Pulp & Timber. Bill Wilson grew the business from logging 50,000 m3 of wood with just a few employees, to logging and trucking 700,000 m3 with over 100 employees.

In 2013, with retirement on their minds Bill and his wife, Ann, decided to downsize their business. In 2014, they sold Wilson Bros. to their son, Steve.

“We pride ourselves on our experienced and professional crew, our strong safety record, and our proud roots in the Houston Community”

“Wilson Bros. continue to surprise us with their ability to meet volume targets, and maintain a safe working environment for the entire crew. I wouldn’t hesitate to recommend them to any other licensee.”

“Wilson Bros. are awesome at what they do. They are professional, easy to work with, and very efficient. We would work with them again in a heartbeat.”

Welcome to your one stop for all the latest news at Wilson Bros. Follow us on Facebook, Instagram & LinkedIn so you don’t miss any important updates!

From all of us here at Wilson Bros., we hope that you are staying safe, looking after each other (from a distance) and supporting our front line workers! Please, Stay Home! #stayhome #stayhealthy #staysafe ...

Beauty load of pulp wood all set to hit the highway, thanks to our loaderman Roger! Photo courtesy of Clear Sky Enterprises Ltd. who are hauling this load. #logging #logger #logginglife ...

While 2019 was a tough year for the Forestry Industry, 2020 looks to be a lot more stable. It sure feels good to be back in the swing of things! ...

WILSON BROS. is excited about our new Low Bed set-up! We have two new Low Bed trucks and have 7, 8 and 9 axle configurations available! If you need heavy duty Low Bedding in Northern BC, you know who to call! (250) 845-7702 #new #available #lowbed #heavyduty #northern #bc ...

HOUSTON LOGGER SPORTS! Wilson Bros. is very proud to be sponsoring this great event again this year! We’ll see you there on June 8th! ...